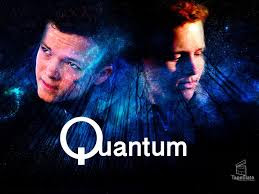 I watch a ton of these things. I don't know why. I guess I just appreciate the effort. Plus, I kind of feel like someone has to, y'know? It's like genre short stories... there isn't really a market for them anymore, there's very few places left that even buy and publish them, but people are still out there, writing them--myself included. I think this is mostly due to tradition. Short stories used to be the way you eventually ended up with a book deal, but that's not true anymore... mostly because nobody reads short stories anymore... just like nobody really watches genre short films anymore. So, like I said... somebody has to.

And today, that somebody is us, Dear Reader.

So, for today's short film, here's a couple of weird red flags right from the start... First off, I could only find one image for this short, and that's it. Secondly, weirdly, there's no listing for this short on IMDB at all. Nothing. Even stranger, there is a listing for the writer, director, and star of the film: Bryson Sams. The next strange part? Bryson looks like he's maybe 13? Maybe. Maybe younger. And the kid is prolific too. According to his IMDB, he's made a half dozen different short films. In fact, this one that we're about to watch, despite not being listed on IMDB at all, looks like it's actually the first entry in a superhero short film trilogy, although maybe the third one isn't out yet...

Whatever... I'm gonna watch all three of these.

Here's the summary: Miles Quantum lives alone, shutting out all family he knows. Broken by the event that took his parents away and the event that gave him his ability, Miles must overcome his past so he can stop others just like him.


Half of this film is credits.

That's incredible. The actual film itself is three minutes and thirty-three seconds long, but with the credits, it's six minutes and twenty-one seconds long. I don't want to hack on what is obviously a child's efforts, but damn... that's ill-advised, I think...

So, I watched this short film before I knew a kid (and probably his parents) were behind it, and as a result, it has since moved up in my esteem somewhat. Yes, the script is sparse, if it exists at all, and it's nearly impossible to guess the specifics of the plot just from watching the film--not if you haven't read the synopsis first--and there's also no dialogue for some reason, even though there are some voice-overs that were very obviously added after the fact, but hey... the special effects were nice. 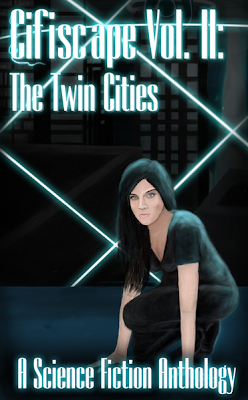